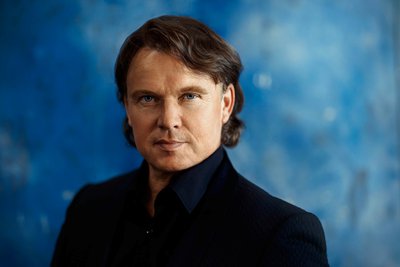 Czech tenor of Aleš Briscein starten in the 2021-22 season as Anatol Kuraguin in a new production of Prokofiev’s War and Peace directed by Calixto Bieito in Geneva.
He is guesting at many theatres and festivals of his home country in roles like Jiri in Dvorák‘s Jakobin, Ladislav in Smetana‘s Two widows, Prince in Rusalka, Conte di Albafloria in Martinu‘s Mirandolina, as Jaromér in Fibich’s Pád Arkuna, as Lukas in Smetana’s The Kiss, as Alfredo in La Traviata, in the title role of Lohengrin or as Pollione in Bellini’s Norma.
Recent highlights include Albert Gregor in a production of Janáček’s Vĕc Makropulos at the Grand Théâtre de Genève, Rodion Shchedrin’s opera Lolita at Prague National Theatre and at the Marijinsky Theatre, the title role in a new production of Smetana’s Dalibor in Frankfurt conducted by Stefan Soltesz, his debuts as Paul in a new production of Korngold’s Die tote Stadt at Komische Oper Berlin and at Dresden Semperoper, Filka Morozov in a new production of Janáček’s From the House of the Dead at Munich State Opera and as Sergej in Lady Macbeth of the Mzensk District in Ostrava as well as his debut at Deutsche Oper Berlin as Albert Gregor in Vĕc Makropulos, Tambourmajor in Wozzeck at Theater an der Wien conducted by Leo Hussain and staged by Robert Carsen, his debut in the title role of Zemlinksky’s Der Zwerg in Graz, a new production Eugene Oneguin at Komische Oper Berlin, his debut as Skuratov in From the House of the Dead at Savonlinna Opera Festival, and Albert Gregor in a concert performance of Vĕc Makropulos under Jiří Bělohlávek at the BBC Proms. He went on tour to Japan with State Opera Prague as Pollione in Bellini’s Norma and to Hong Kong with National Theatre of Brno as Alber Gregor in and with the Glagolitic Mass.
He debuted in the part of Königssohn in Humperdinck’s Königskinder at Opera Frankfurt, performed Laca in Janacek’s Jenůfa at the Teatro Comunale di Bologna and sang Stravinskiy’s Les Noces in Rome and guested in new productions of Così fan tutte at the Komische Oper and of Jenůfa in Graz. He was heard as Andrej in Tchaikowsky’s Mazeppa at Komische Oper and as Steva in Jenůfa at the Bavarian State Opera in Munich.
In summer 2012 he had a huge success in the title role of Wagner’s Lohengrin at the Tyrolean Festival in Erl under Gustav Kuhn and sang Smetana’s seldom performed opera Two Widows in Angers and Nantes.
In summer 2011 he debuted at Salzburg Festival in a new production Vĕc Makropulos conducted by Esa-Pekka Salonen and staged by Christoph Marthaler.
He also guested in Nürnberg, Vancouver, Tokyo, Cyprus, Lille, Caen, Antwerp, Valencia, Vienna, London and Frankfurt.
For many years Aleš Briscein regularly guested at Opéra de Bastille in Paris, where he performed, among others, roles like Kedril in From the House of the dead, Jeník in The bartered bride, or Kudriash in Kátia Kabanová.
Aleš Briscein works with conductors such as Christoph von Dohnanyi, Valeri Gergiev, John Fiore, Sylvain Cambreling, Kent Nagano, Tomas Netopil, Esa Pekka Salonen, David Zinman, or Sir John Eliot Gardiner.
His concert repertoire includes, among others, Beethovens 9th symphony and Missa solemnis, Dvořák’s Stabat mater, as well as Janáček’s Glagolitic Mass, which he lately performed in Prague and London.