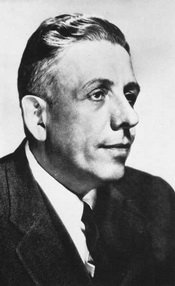 
(1899-1963)
Francis Poulenc was a French composer and pianist who wrote music in many genres, with art songs, operas, ballets, orchestral pieces and chamber music all represented among his works. His best-known operas are Dialogue des Carmélites (1957) and Gloria (1959). For the most part a musical autodidact, Poulenc was born to parents who steered him away from a career in music, but after their death the pianist Ricardo Viñes became his mentor. Through the influence of Erik Satie, he became a member of the group Les Six. The light-sounding ironic and satirical pieces that typified the early part of his career were, from the second half of the 1930s, replaced by a shift toward religious works.