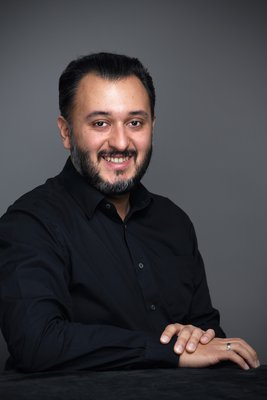 Ernő Kállai is a versatile musician recognised as a soloist, chamber musician and concertmaster.
Born in Budapest, he started to learn to play the violin from his father at an early age and was twelve years old when he was admitted to the Franz Liszt Academy of Music’s Special School for Exceptional Young Talents.
In 2006, he won a scholarship to study at the Juilliard School in New York under Itzhak Perlman. He earned both his bachelor’s and master’s degree there, and performed together with Perlman in numerous chamber music concerts.
He made his Carnegie Hall debut in 2008 with the Juilliard Orchestra, and also performed there with the New York Philharmonic in 2011. He has performed in such venues as the Louvre Auditorium in Paris, Madrid’s Teatro Real, New York’s Metropolitan Museum of Art and Lincoln Center, the Chicago Symphony Center, Budapest’s Liszt Academy and Müpa Budapest, and has given other concerts in the USA, Canada, Mexico, France, Spain, Italy, Russia, Sweden and Hungary. He has held master classes in Hungary and Switzerland. Apart from performing on the stage, he has also played on Hungarian Radio and Hungarian Television, the France Musique radio network and the New York classical radio station WQXR, and also recorded his first album on the Hungaroton label in 2014.
In 2015, he established his own string quartet, the Kállai String Quartet, and he joined the Hungarian State Opera as a concertmaster the following year.
He has achieved impressive results at numerous concerts, winning a special prize at the Sarasate International Violin Competition in 2005, a Salon de Virtuosi Career Grant in 2007 and first prizes at the Juilliard Concerto Competition and the Carl Flesch International Violin Competition in 2008 and at the Alexander & Buono International String Competition in New York in 2011. In 2012, he took second place and the audience prize at the József Szigeti International Violin and Viola Competition. With the Kállai String Quartet, he took second place at the Società Umanitaria International Music Competition in Milan in 2015 and first place at the Leó Weiner Chamber Music Competition in 2016. In addition to his competition prizes, he was also presented with the Junior Prima Award in 2012, the Annie Fischer Scholarship in 2016, and the Cziffra Festival’s award in 2017. Kállai plays on a violin crafted by Carlo Antonio Testore, courtesy of the Summa Artium Foundation.