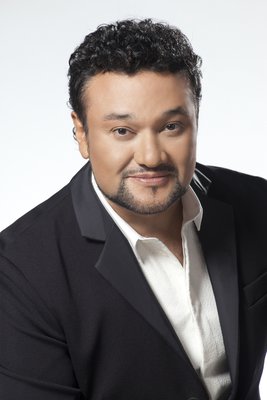 Ramón Vargas is one of the leading tenors of his generation and one of the most sought after worldwide. Born in Mexico City, he studied at the Instituto Cardenal Miranda in his hometown, with Antonio López and Ricardo Sánchez. In 1986 after winning the Enrico Caruso Competition in Milan, Italy. He completed his preparation at the Vienna Opera Studio under the direction of Leo Müller and later in Milan under the direction of Rodolfo Celletti.

Ramón Vargas' debut at the NY Metropolitan Opera was in 1992, singing the role of Edgardo replacing Luciano Pavarotti in Lucia di Lammermoor alongside June Anderson. Shortly after, he made his debut at the Teatro alla Scala, in 1993, where he played Fenton in Giorgio Strehler's new production celebrating the centenary of Falstaff, under the direction of Riccardo Muti. Since then it has been a guest of the main theaters in the world: Paris National Opera, London's Covent Garden, Salzburg Festival, Vienna State Opera, Munich, Florence, Rome, the Verona Arena, the Colón Theater in Buenos Aires. , San Francisco, Madrid, Liceo de Barcelona, Tokio, Moscow, Teatro de Bellas Artes, and many others.

With an important discography, Ramón Vargas has many recordings and videos, among which the operas Werther, La Favorita, Un Turco en Italia, and different recitals with opera arias, Mexican songs and Christmas carols stand out. The recordings of La Boheme at the Met in NY and La Traviata at La Scala in Milan are iconic.