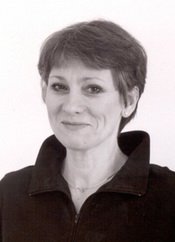 She was born in Stockholm. She studied dance with Lilian Karina and The Royal Swedish Ballet School in Stockholm. In 1968 she was engaged as dancer by The Royal Swedish Ballet and after education at The Benesh Institute in London engaged as choreologist to the company on initiative by the ballet director at the time, Erik Bruhn. During the years she has notated over 100 ballets and assisted many choreographers like: Jerome Robbins, Jiry Kylian, Antony Tudor, Léonide Massine, George Balanchine, John Neumeier, Kenneth MacMillan, Birgit Cullberg, John Cranko és Sir Frederick Ashton. She is responsible for a major part of The Royal Swedish Ballet repertoire. Her first staging outside of Sweden was in 1974 with Robbins' Requiem Canticles for Bayericher Staatsoper in Munich. Among other stagings abroad are: Tudor´s Pillar of Fire for Wiener Staatsoper; Kylian´s Stoolgame for Norwegian Opera; José Limon´s The Moors Pavane for Royal Danish Ballet; Nils Christe´s Before Nightfall for Montreal, Essen and Tallinn; Cranko´s Taming of the Shrew for Teatro Colon, Buenos Aires and Opera di Roma; Makarova´s La Bayadère for La Scala Milan and Finnish National Ballet; Christian Spuck´s Tableau Perdu for Finnish National Ballet. Also participating in staging of Makarova´s La Bayadere for The Royal Ballet when it was first done in 1989. She was a ballet master and choreologist at Teatro alla Scala Milan between 1991 and 1992. Assisting Natalia Makarova on her production of Giselle for the Royal Swedish Ballet in 2000 and reviving it 2002 and 2013. Assisting Dame Beryl Grey on her production of The Sleeping Beauty for the Royal Swedish Ballet in 1986 and reviving it in 2002. Assisting Natalia Makarova on her production of The Sleeping Beauty for Royal Ballet in London 2003. Has toured with The Royal Swedish Ballet to England, USA, Japan, Spain, France, Italy and Russia, bringing MacMillan´s Manon as the first company to Bolshoi Theatre in Moscow.