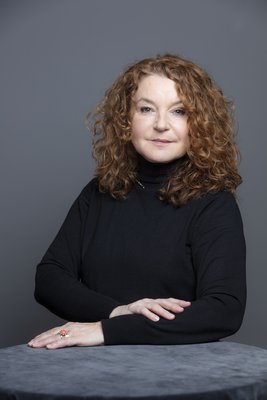 Soprano Éva Bátori pursued her studies at Budapest’s Franz Liszt Academy of Music and the Wiener Staatsoper’s opera studio. As part of her international début, her first contract took her to Leipzig, where it was primarily in roles in the operas of Mozart that she took the stage. During this period, she was featured in a recording of the entire da Ponte cycle made by German television network MDR Fernsehen. After moving to Cologne in 1995, she continued her career by expanding her repertoire to embrace the most wonderful heroines Italian opera has to offer, ranging from Madama Butterfly to Aida. In parallel with this, she made her American debut as Tosca, Nedda and Minnie (in La fanciulla del West). After honouring invitations to perform in Seattle, Florida and Philadelphia, she crowned her American guest appearances with a wonderful concert at New York’s Avery Fischer Hall. She has toured Japan several times with Viennese opera and orchestra companies and with productions of the Hungarian State Opera. When the Wiener Staatsoper opened China’s Beijing Opera with a production of Mozart’s Le nozze di Figaro, she sang the role of the Countess to great acclaim. During her years abroad, she collaborated with the top directors and conductors of the international world and was a recurring guests at festivals like the Bregenzer Festspiele, where she portrayed Michaela, and in Sankt Margarethen, where she sang Desdemona in Otello. Returning home to Hungary, she found the operas of Richard Strauss and the Slavic repertoire awaiting her, and she took part in legendary productions like Attila Vidnyánszky’s staging of Jenůfa with Éva Marton and Balázs Kovalik’s Elektra. In recent years, she has appeared primarily in curiosities of the operatic literature, such as Prokofiev’s The Fiery Angel and Aribert Reimann’s King Lear. She has also lent her voice to beautiful concerts like the performances of Liszt’s The Legend of Saint Elizabeth with Zoltán Kocsis and Richard Strauss’s Vier letzte Lieder with the Hungarian Radio Symphony Orchestra. With the cause of interpreting contemporary Hungarian music something that is very close to her heart, she is considered one of the leading credible performers of this repertoire.
Bátori has been named both a Hungarian Artist of Merit and a Hungarian Artist of Excellence. The state decoration she received in 2019 was connected to her portrayal of Minnie in La fanciulla del West, one of the greatest challenges for a soprano in the opera repertoire and one that critics and audiences alike uniformly agreed that she performed with exceptional vocal output and overwhelming dramatic skill.