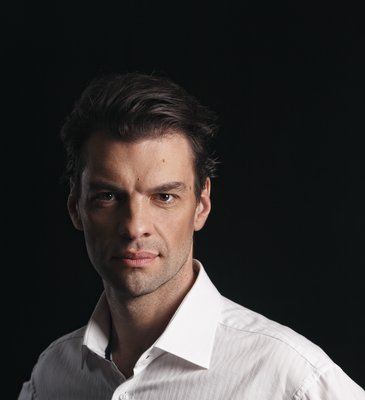 
Born in Budapest, Gábor Bretz, studied with Stephen Czovek in Los Angeles before returning to Budapest to continue his training first with Professor Albert Antalffy, then at the Béla Bartók High School of Music with Mária Fekete, and later with Erika Sziklai and Sándor Sólyom-Nagy at the Ferenc Liszt Academy of Music. In 2005 he took the top prize at the International Maria Callas Grand Prix in Athens.
He appears at the Hungarian State Opera regularly, with roles that include (Boito's) Mefistofele, Figaro, Leporello, Don Giovanni, Méphistophélès (Gounod's Faust), Banquo (Macbeth) and Gurnemanz (Parsifal), and was appointed Chamber Singer of the Hungarian State Opera for the 2012/13 season.
He has made his debut at a number of operatic venues abroad, including at the Metropolitan Opera and Covent Garden, and in Munich, Berlin, Vienna, Amsterdam, Tokyo, Bologna and Hamburg. At various stages around the world, he has worked under the baton of Daniel Barenboim, Gustavo Dudamel, Adam Fischer, Edward Gardner, Daniele Gatti, Valery Gergiev, Daniel Harding, Lothar Koenigs, Michele Mariotti and Esa-Pekka Salonen. He regularly sings the title role in Bluebeard's Castle in both concert performances and staged productions. Also a frequent guest on concert stages, he has sung works by Bach, Haydn and Mozart, as well as Beethoven's Symphony No. 9, Tippett's A Child of our Time, Berlioz's L’enfance du Christ, Verdi's Requiem and Handel's Messiah with such conductors as Sylvain Cambreling, Carlo Montanaro and Helmuth Rilling.