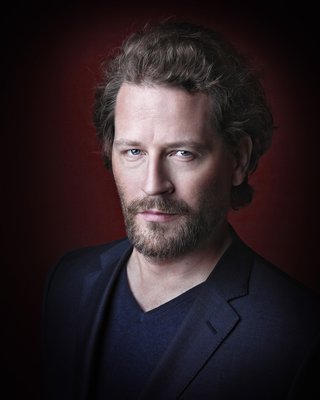 Krisztián Cser was born into a musical family in Szeged. He started by studying piano, but after graduating from secondary school, and in parallel with intensive music studies, he earned a degree in physics from the University of Szeged in 2002 and went on to pursue doctoral research at the Plant Biology Institute at the Hungarian Academy of Sciences' Biological Research Centre in Szeged. Between 2002 and 2006, he studied solo voice at the Szeged university's Faculty of Music, where his voice teacher was István Andrejcsik. In 2008, he graduated from the opera course at the Ferenc Liszt Academy of Music after studying voice with Éva Marton and stagecraft with Balázs Kovalik. He was still a student when he got his first role at the Hungarian State Opera, in a production of Elektra. He has participated in a number of international master classes, run by Éva Marton, Adrienne Csengery, Júlia Hamari, László Polgár, David Lutz, Alastair Thomson and Ilona Adorján. He made his debut as an oratorio soloist in 1998 in Bach's Saint John Passion, and his repertoire ranges from early Baroque compositions to contemporary music. The renowned conductors from Hungary and abroad he has worked with include Pierre Cao, Helmuth Rilling, Peter Schreier, Muhai Tang, Tibor Bogányi, Zsolt Hamar, Kirill Karabits, Balázs Kocsár, Zoltán Kocsis, Adam Fischer, Iván Fischer, Zoltán Peskó, György Vashegyi and Tamás Vásáry. He regularly performs concerts both inside and outside Hungary. He won the Fourth József Simándy Singing Competition in 2004 and reached the finals at the Monserrat Caballé Singing Competition in 2008, while also picking up a special prize at the 2009 Geneva Singing Competition. He won the Annie Fischer Scholarship in 2007, and on 15 March 2010 received the Hungarian government's “Youth of March” Award. He would later go on to win the Wagner Society's scholarship in 2011. He made his debut as an opera singer in Spoleto in 2008, in the role of Don Magnifico, and later also took part in a tour of Japan in that role. A former holder of the Hungarian State Opera's scholarship (2008-2010), he has been a guest artist there ever since. In 2013, he sang the title role in Bartók's Bluebeard's Castle in his first performance in China, and later on also in Rouen at the Festival Automne en Normandie. In 2014, he again sang Bluebeard in China, as well as in Kiev (with the National Symphony Orchestra of Ukraine with Kirill Karabits conducting), and also joined the Budapest Festival Orchestra on its international tour presenting Iván Fischer's The Red Heifer under the baton of the composer. In February 2015, he again sang Bluebeard, this time in the Auditorium di Milano, with Gaetano d'Espinosa conducting. In 2016, he sang the role of Sarastro on the Budapest Festival Orchestra's European tour of London (Southbank Centre), Brugge (Concertgebouw), Amsterdam (Concertgebouw) and Berlin (Konzerthaus) performing Mozart's Die Zauberflöte with Iván Fischer again on the podium. Noteworthy among his more important portrayals are those of Bluebeard, Sarastro, Leporello, Figaro, Colline, Caspar, the Grand Inquisitor, Ferrando, Hunding, Fasolt, Hermann, Banco, Fiesco and Don Basilio.