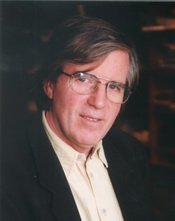 (1942-2017)
Attila Csikós completed his studies in architecture from 1962 to 1967 at the Budapest Academy of Industrial Arts. After working as an assistant lighting and set designer at the József Attila Theatre between 1960 and 1962, he moved on to the University Theatre in 1963, where he worked as a set and costume designer. For ten years starting in 1965, he was the assistant set designer at the Bayreuth Festival. From 1968 and 1979 he was the studio's head lighting and acting head set designer at the Hungarian State Opera. His first set design for the Opera House was created in 1969, for Verdi's Il trovatore. For the Opera House alone he has developed the set designs for nearly 80 opera and ballet productions, including Madama Butterfly, Der Zigeunerbaron, Adriana Lecouvreur, Aida, Bánk bán, Scheherazade, The Sleeping Beauty, The Taming of the Shrew and Giselle. In 1983 he became set designer at the National Theatre. Since 1968, he has worked at a number of theatres both in Budapest and elsewhere in Hungary, and has often been invited to work at theatres abroad as well, including stints in Munich, Vienna, Frankfurt, Paris, Bordeaux, Berlin, Rome, Verona, Trieste, Graz, Basel, Helsinki, Savonlinna, Lisbon and Santiago de Chile. Between 1989 and 2005 he was chief set designer for the Hungarian State Opera. He designed the German exhibition pavilion at Expo 2015 in Aichi, Japan, and the castle restaurant for the German pavilion at Expo 2010 in Shanghai. He won the Mari Jászai Award in 1990, the Gusztáv Oláh Commemorative Plaquette in 1998 and the Kossuth Prize in 2001. He has been an eternal member and master artist of the Hungarian State Opera since 2013.