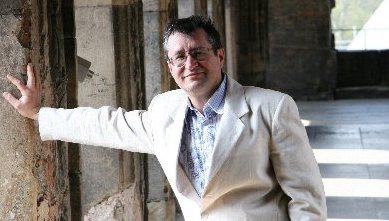 He graduated from the Departments of Composition, Conducting and Piano at the Franz Liszt Academy of Music in 1977. Since then he's been the member of the Hungarian State Opera. He participated in the Sir Georg Solti Scholarship Program in Vienna. As a conductor, his repertoire includes masterpiece operas like János vitéz (John the Valiant, Pongrác Kacsoh), Porgy and Bess, Il trovatore, Carmen, Die Zauberflöte, Madama Butterfly, La Traviata, Der Rosenkavalier, Tristan und Isolde, Otello, La Bohéme, Aida, Tosca, Bánk bán (Ferenc Erkel), Salome and A vajda tornya (The Tower of the Voivod, Ernő Dohnányi). He is also renowed for the transcription of John the Valiant. In merit of his artistic achievements he was awarded the Vilmos Komor Plaquette. From 1987 until 1995 he was the principal conductor of the Theater Bremen. In 1995, he became the general music director of the Theater in Trier. He has conducted in major opera houses throughout Europe.
His compositions among others: Fanfár és korál (Fanfare and Coral), Funerailles, Homage á Beethoven, Treveris-fantázia (Treveris-fantasy).