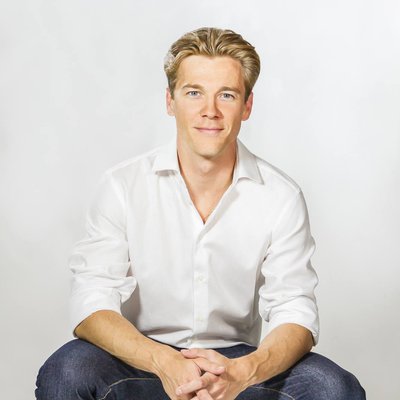 Budapest-born Attila Dobák commenced his musical education in his native city, playing clarinet from age seven and taking up piano at 12. At 16, he started attending singing lessons with József Sass, the father of opera singer Sylvia Sass, and gained admittance to the Béla Bartók Conservatory of Music, where he graduated from the opera and voice performance programme.
Two years later, he was in Italy, furthering his skills at L'associazione Il Bel Canto, Mario Canana's private school in Lecce. In 2011, he resumed his studies in the United States at the Longy School of Music of Bard College in Cambridge, Massachusetts. After earning his master's degree in 2013, he joined the Opera North company as a member of its programme for young artists. There, he sang the roles of Raimondo (Lucia di Lammermoor), Emil de Becque (R. Rodgers: South Pacific) and Gideon March (M. Adamo: Little Women).
Although he grew up primarily on classical music, he also enjoys performing other genres. With the aim of training as a crossover artist, he also attended a master's course at the Berklee College of Music.
At the Miami Summer Music Festival in 2014, he sang the role of Figaro in Mozart's opera Le nozze di Figaro.
In the 2016/17 season, he appeared at the Boston Lyric Opera in performances of Puccini's La bohème with David Angus conducting and of Ferenc Lehár's The Merry Widow under the baton of Alexander Joel. Following those, he took the stage at Müpa Budapest in the title role of Kodály's Háry János. He made his debut at the Hungarian State Opera this season in the role of Ali in Rossini's L'italiana in Algeri.