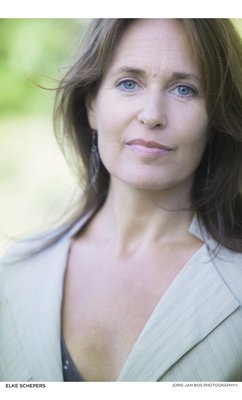 Amsterdam-born Elke Schepers studied at the – since closed – Scapino Dance Academy in Rotterdam, where her teachers included Anne Marie Tannenbaum, Ivan Kramar and Benjamin Harkarvy.
Her career started in 1985, when she joined Nederlands Dans Theater 2. In that same year, she won the Dansersfonds Encouragement Award from the Dancers Foundation established by Alexandra Radius and Han Ebbelaar.
In 1987, she was appointed to NDT 1, the principal ensemble, where she soon became Jiří Kylián's muse. She spent 16 years at the NDT, and then went on to collaborate with many of the world's most famous choreographers, including Hans van Manen, William Forsythe, Ohad Naharin and Mats Ek.
In 1997, she won the Silver Theatre Dance Award for her performance in Mats Ek's work A Sort Of.
She is currently engaged in staging the works of Jiří Kylián all over the world. She also teaches yoga and participates in small-scale dance projects.