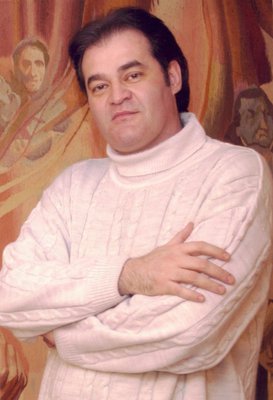 He studied at the Academy of Music between 1980 and 1987. He has been a soloist of the Hungarian State Opera House since 1988, one of the principal bassists of the theatre. His repertoire ranges from Baroque pieces to Romantic operas and contemporary music. He contributed to the premières of a number of 20th century and contemporary Hungarian compositions. His career is marked with excellent performances at the Opera House and abroad. In recent years he has been a regular bass soloist at Pierre Boulez's concerts. Their most outstanding joint project has been the performance of Bluebeard's Castle in Paris with Jessye Norman.
Main roles: Prince Bluebeard (Bluebeard's Castle), Gremin (Eugene Onegin), Sarastro (Die Zabuerflöte), Timur (Turandot), Alidoro (La Cenerentola), Ramfis (Aida), Hermann (Tannhäuser).