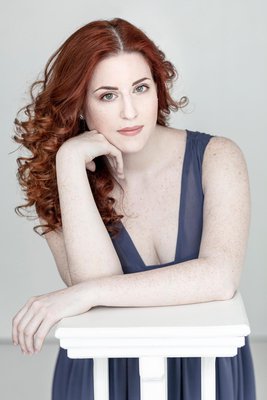 Anna Csenge Fürjes started her voice studies at the Bartók Conservatory under the guidance of Gábor Jelinek before continuing them at the Szombathely High School of the Arts under Krisztina Czeller. She later went on to further hone her skills at the Franz Liszt Academy of Music with Andrea Meláth and Éva Marton.
She achieved outstanding results at several competitions, winning third prize at the Fourth National József Gregor Singing Competition in 2014 and first prize at the Sixth National High School Singing Competition organised by the King Saint Stephen High School of Music in 2015. In 2018, she was judged the winner of the Zoltán Kodály Award by the composer’s widow, Sarolta Péczely, at the Éva Andor Singing Competition. In that same year, she sang Kodály’s works in numerous concerts in Budapest, Szeged, Veszprém, Nyíregyháza, Kecskemét, Prague and Saint Petersburg, as well as the Portuguese town of Mértola.
She won a National Higher Educational Scholarship in 2019, the Junior Prima Award in the Hungarian music category in 2020, and she will get to journey to Bayreuth in 2021 as the winner of the Richard Wagner Society’s scholarship.
She made her Hungarian State Opera debut on 13 February 2020, singing the role of Laura Adorno in Ponchielli’s La Gioconda at the Erkel Theatre. Since then, she has taken the institution’s stages multiple times, in Péter Tóth’s The Tót Family, Verdi’s Aida and Bizet’s Carmen.