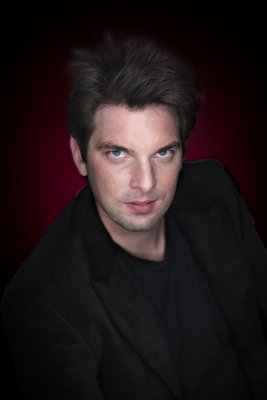 He was born in Debrecen in 1983. After his graduation from Kodály Zoltán Secondary School of Music (solfeggio and music theory; church music) in 2002, he started his studies in the conservatoire of the University of Debrecen. He has been learning singing since the age of eighteen with dr. Éva Mohos Nagy. He won the József Simándy Memorial Singing Competition in Szeged in 2006, the Ferruccio Tagliavini International Singing Competition in 2007, and received a special award in the Hans Gabor Belvedere Singing Competition in Vienna a year later. He made his debut in the role of Melitone in La forza del destino in the Csokonai Theatre, Debrecen in 2005. In the next season he could be seen in the role of Sergeant Lescaut in Manon Lescaut and Enrico in Lucia di Lammermoor. His first role in the Hungarian State Opera House was Garda Roberto in The King's New Clothes. Roles: Escamillo (CarmenCET), Creon (Haydn: L'anima del filosofo), Guglielmo (Così fan tutte), Papageno (Die Zauberflöte), Figaro (Il barbiero di Seviglia).