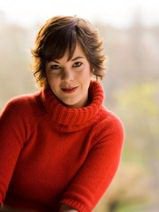 Opera singer Nadin Haris earned her diploma in voice and voice pedagogy from the Ferenc Liszt Academy of Music in 2008, as a student of Magda Nádor. She has participated in master classes held by Éva Marton, Júlia Hamari, Mitsuko Shirai, Sylvia Sass, Nicolas Clapton and Krisztina Laki, among others. She has had successful showings in Spain at Barcelona's Viñas and Pamplona's Gayarre international singing competitions. She was the Hungarian State Opera's scholarship winner in 2007, and in 2008 would win the Richard Wagner Society summer scholarship. She has portrayed the Countess in Le Nozze di Figaro, and Pitti-Sing in the operetta The Mikado. She was the young girl in Kodály's The Spinning Room, and her repertoire includes works by Wagner, Strauss, Puccini, Verdi, Ravel, de Falla and Mozart. In 2012 she appeared in the international Armel Opera Competition, where as the sole Hungarian finalist, she won the title role in Roland Baumgartner's opera Maria Theresia, which she would go on to sing in Bratislava and, in the works Hungarian premiere, in Szeged. A member of the Hungarian State Opera's chorus from 2013, she has been a soloist there since 2015. Her roles for the 2015/16 season include Käthchen (in Massenet's Werther), Lisetta (in Haydn's Life on the Moon), the Second Novice (Puccini's Suor Angelica), Inez (Verdi's Il trovatore), and the Lady-in-waiting (in the same composer's Macbeth).