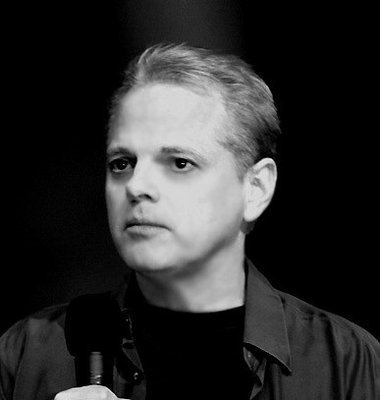 
John Clifford was born in Los Angeles to a singer mother and a dancer father and, by the age of 11, was dancing the role of the Nutcracker Prince in George Balanchine's famous ballet The Nutcracker. At 16, he choreographed a production of West Side Story in Los Angeles, dancing the role of Baby John himself, and by 18 was regularly receiving invitations to appear on the Danny Kaye Show, where he danced alongside such stars as Gwen Verdon and Carol Channing. He was also 18 when, creating choreographies for a new Los Angeles ballet company, he was rediscovered by Balanchine, who took him with him to New York to join the New York City Ballet.
Clifford became one of Balanchine's youngest star dancers and choreographers, and was soon dancing major royals at the NYCB. He was still only 20 when Balanchine first began to engage him to create choreographies for the famous company. He spent a total of eight years at the NYCB, dancing major roles throughout in pieces by Balanchine, Jerome Robbins and others. Many choreographes were created specifically for him. At the age of 26, he returned to Los Angeles in order to found the city's first professional ballet company, the Los Angeles Ballet. For more than ten years, the ensemble performed at least one hundred shows a year in Los Angeles, in addition to touring in New York and other American cities, Mexico, Canada, Taipei, the Phillipines and South Korea. They also appeared in numerous film and television productions.

Clifford created choreographies for different styles of music, including Sting, Chicago, Van Halen, Annie Lennox, Ravi Shankar, George Gershwin, Scott Joplin, Mozart, Stravinsky and Tchaikovsky.
He has appeared as a guest soloist at galas in cities such as Berlin, London and Paris, as well as with the New York and Los Angeles philharmonics, in addition to being invited by Balanchine to return for repeated guest performances at the NYCB.
In conjunction with Warner Bros. Studios, he created the choreography Casablanca, the Dance, based on the famous film, which he premiered together with the Los Angeles Dance Theatre in Beijing's historic Great Hall of the People.
Clifford also released a video cassette titled The Art of the Classical Pas De Deux, and also received an invitation from Robert Redford to direct and supervise the production of the workshop video of the Sundance Institute, which was founded by the actor.