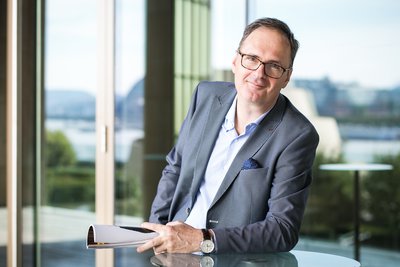 After first graduating in engineering from the Technical University of Budapest, Csaba Káel went on to earn a diploma in film and television directing from the College of Theatre and Film Arts in 1989. In 1990 he attended the East-West Producer Seminar in London. His teachers included Károly Makk, István Szabó, Gyula Gazdag, Elemér Ragályi, György Illés, Lynda Myles and David Puttnam. Between 1989 and 1991 he was a member of the management team at the Béla Balázs Film Studio, and then worked at Novofilm Kft from 1990 until 1993. In 2001 and 2002, he served as artistic advisor for the Millenáris Theatre and Television Studio, where he developed the core concept for that institution. Starting in 2002, he spent two years back at the (by then) University of Theatre and Film Arts working on his DLA before joining Müpa Budapest in 2005 as an artistic advisor responsible for putting together the institution's opera programmes. Following a stint at the Novus School of Art from 2006 to 2007, he has been teaching at the Werk Academy since 2008. He has directed more than 400 advertisements, 28 music videos as well as numerous film dramas and documentary films, including his highly acclaimed 2002 opera film of Bánk bán, which the critic from the Chicago Sun Times praised as “the most successful fusion of opera and film yet seen.” He made his debut as an opera director with his staging of Così fan tutte in the Dominican Court of the Budapest Hilton in 1999. His first production at the Hungarian State Opera House was Haydn's L'infedeltà delusa, from 2000, which was followed by stagings of Bánk bán (2002), Die Entführung aus dem Serail (2003), Don Pasquale (2013), and Die Königin von Saba (2015). His first association with Müpa Budapest took place on 16 March 2005 when his production of Monteverdi'sOrfeo was premiered as the inaugural performance of the Festival Theatre; this was followed by La Traviata (2006), Il trovatore (2007), La forza del destino (2007), Madama Butterfly (2008) and The Fairy Queen (2009), among others. He made his debut as a theatre director in May 2010 with a production of Marlowe's Dr. Faustus at the Tivoli Theatre. He has also directed several times at the Millenáris Theatre, and his works have appeared at festivals in Europe, North America, India and Bangladesh. Káel also directed the event opening Pécs's year as a European Capital of Culture. He has served as chief executive officer of Müpa Budapest since 2011, and since 2013 has been chairman of the body that operates the Budapest Spring Festival and the CAFe Budapest Contemporary Arts Festival. He was named an Artist of Merit in 2017. In 2018, he was awarded the Middle Cross of the Hungarian Order of Merit, civil division.