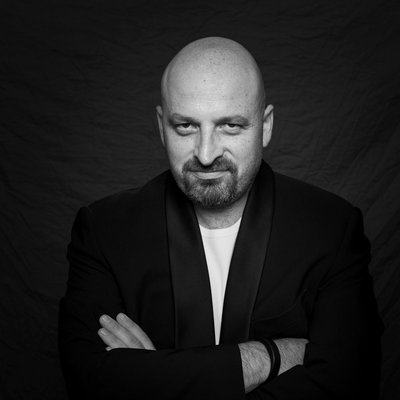 He was born in Budapest, and started his studies with Anna Pauk, and later Gábor Carelli at Manhattan School of Music, New York, and then with Merciea Breazu in Hungary. In 1993, he won first prize at the 1st International Mozart Singing Competition in Budapest, singing the role of Papageno at the Opera House. He participated in master classes of Joan Sutherland and Richard Bonynge in 1996. As a soloist of the Zurich International Opera Studio since 1997 and of the Zurich Opera House since 1998, he has spent seven seasons there working with conductors like Nello Santi, Christoph von Dohnányi, Ádám Fischer, Rafael Frühbeck de Burgos, Jacques Delacôte, Valery Gergiev, Vladimir Fedoseyev, Ralf Weikert, Stephan Soltesz and Franz Welser-Möst. His major roles there included Silvano (Un ballo in maschera), Belcore (L'elisir d'amore), Angelotti (Tosca) and Papageno (Die Zauberflöte). He debuted at the Hungarian State Opera House in September 2003 as Figaro in Il barbiere di Siviglia, and he has sung the roles of Belcore, Ping, Figaro (Le nozze di Figaro) and Beckmesser.