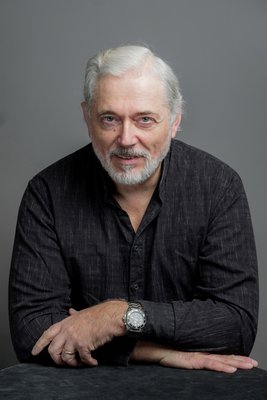 Mihály Kálmándy started playing piano at age six, later taking up classical guitar along with other instruments. He then graduated from the Gh. Dima Music Academy in Cluj-Napoca, where he made his debut in the title role of Verdi's Nabucco, a part that has accompanied him throughout his career. His international career started with a production of the same work at Trieste's Teatro Verdi, which brought him numerous engagements around the world. Among other cities, Kálmándy has appeared in Rome, Naples, Vienna, Stockholm, London, and Warsaw, and has also thrilled audiences as far away as Seoul and New Zealand, while simultaneously continuously singing the great baritone roles at the Hungarian State Opera. He has worked with such superb conductors as Esa-Pekka Salonen, Pier Giorgio Morandi, Kent Nagano and Pinchas Steinberg, and his dramatic partners on stage have included the likes of Éva Marton, Edita Gruberova, Ildikó Komlósi, Erika Miklósa, Placido Domingo and José Cura. Awarded the title of Chamber Singer of the Hungarian State Opera in the 2013/14 season. He was also elected a member of the Company of Immortals in 2015.
Education: