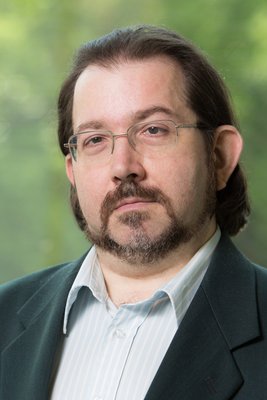 Although initially inclined to become a prose actor, his interest turned toward opera as a high-school student. In 1993 he was accepted into the chorus of the Csokonai Theatre of Debrecen, and was being given minor roles as early as his first season (the Notary in Don Pasquale and Biberach in Bánk bán). Meanwhile, he spent three years studying voice with Éva Mohos Nagy. In the spring of 1995 he jumped in to sing the role of Alfio in the premiere of an Italian-language production of Cavalleria rusticana, whereupon he was appointed a soloist. In June 1995, he sang the role of Belcore in the Second International Budapest Singing Competition, which was based around the roles of L'elisir d'amore. At the jury's request, he continued in the semi-finals as Dulcamara, and then went on to win the entire competition in this role. The victory in the international competition brought four appearances at the Opera House and six in Verona, in addition to which, he also received the opportunity to make his debut at the Erkel Theatre in 1996 in the role of Alfio. Since the autumn of 1996, he has been a soloist with the National Theatre of Szeged. He has made guest appearances at several opera galas in Austria and Germany, alongside leading luminaries of the opera world. He has also appeared at Oratorio recitals, including at the Matthias Church in Buda's Castle District, at Müpa Budapest, at Szeged Cathedral, and the basilicas of Győr and Eger. His repertoire consists of around 70 roles; with characters ranging from buffo basses to lyrical baritones to Verdi's heroic baritones, he has sung more than 40 principal roles in his career so far. It is the dramatic baritone roles for which he has the greatest affinity. In 2012 he sang Jago in Verdi's Otello at the Opera House, and since then has regularly appeared both there and at the Erkel Theatre in numerous principal roles. In 2013 he toured Japan with the Opera's production of La traviata. He made his debut at the Margaret Island Open-air Stage as King Solomon in Goldmark's opera Die Königin von Saba, and has been invited to portray Giorgio Germont in Verdi's La traviata there in 2016.