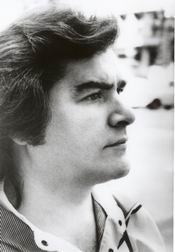 Péter Kelen graduated from the Béla Bartók High School of Music. In 1972, he won the Opera House's scholarship and became a soloist there in 1973. Soon afterwards, he was receiving principal roles and quickly became one of the key figures of late 20th century opera performance. He sings lyric and spinto tenor roles. Each of his portrayals is characterised by deep empathy, suggestive dramatic force and multifaceted acting talent. He has been involved with several opera film productions (e.g. Gianni Schicchi 1975, Pagliacci 1979, Les Contes d'Hoffmann 1981) and oratorio performances. He has made guest appearances at Milan's La Scala and the Wiener Staatsoper, among other venues.