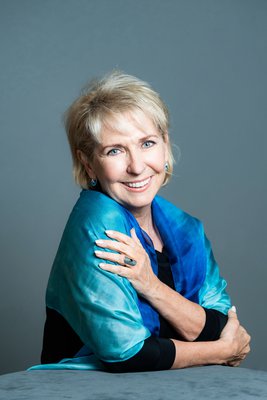 
She started her studies at the Academy of Music at the age if nineteen - after eight years of playing the cello - and graduated in 1986 as Erika Sziklay's student. She joined the Opera House in the same year, where she was given more and more important roles as a soloist. She regularly appears in concerts. She especially likes Baroque music, oratorios, masses and cantatas. She has sung in several competitions, and been a winner on many occasions: Leipzig (1984), Barcelona (1985), Gütersloh, Germany (1988). She has appeared as a guest singer in various opera houses, singing main roles in many cities including Vienna, Berlin, Graz, Lugen, Amsterdam, Begenz, Paris, Strasbourg and Verona - with great successes. In the 1997/98 season she worked in Düsseldorf, but also sang in the Hungarian State Opera House at the same time.
Ingrid Kertesi is an important member of Törley Salon. The Hungarian Television made a one-hour portrait of her in 1996.
Major roles: Adina (Elisir d'amore), Lucia di Lammermoor, Norina (Don Pasquale), Melinda (Bánk bán), Juliette (Romeo et Juliette), Romilda (Xerxes), Blonde (Die Entführung aus dem Serail), Sophie (Der Rosenkavalier), Lena (Vajda: Leonce and Lena), Gilda (Rigoletto).