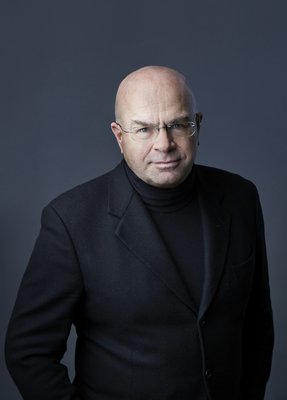 Born in Budapest in 1963, Balázs Kocsár studied composition at the Béla Bartók Conservatory. At the Ferenc Liszt Academy of Music, he studied choral directing as a student of István Párkai, and later conducting under Ervin Lukács, graduating from that department with honours in 1991. He took part in master classes led by Helmuth Rilling, Jorma Panula and Péter Eötvös, and then went on to complete his education at the Universität für Musik und darstellende Kunst Wien, with Prof. Karl Österreicher as his adviser.

In 1989, he won third prize at Hungarian Television's Sixth International Conducting Competition, the contest's best showing from a Hungarian entrant. Between 1990 and 1993, at the invitation of József Gregor, he served as conductor at the National Theatre of Szeged before joining Ervin Lukács at the Hungarian State Symphony Orchestra, working as assistant conductor there between 1991 and 1994. From 1993 to 1999 he was music director at Debrecen's Csokonai National Theatre, where he succeeded in boosting opera performance in that city, to the great approval of both the profession and the audience. In 1999 he was recognised with the Liszt Award.

Earlier, in 1995, he won the Franco Ferrara Conducting Competition organised by the Teatro Dell'Opera di Roma in 1995, which brought him international recognition and numerous invitations. One of these led, in 1999, to his stint at Oper Frankfurt, where after his first successful performances, he was signed as first conductor (“Erster Kapellmeister”).

He has conducted in Milan, Florence, Rome, Venice, Palermo, Hamburg, Leipzig, Cologne, Antwerp, Geneva and Liège, and has also made appearances in Switzerland, France, The Netherlands, Poland, Russia and Australia.

In 2004, he returned to Debrecen for another eight years in order to take leadership of the artistic side of the city's three most important musical institutions: the Debrecen Philharmonic Orchestra, the Kodály Chorus and the opera division of the Csokonai National Theatre, where he successfully performed his mandate to raise each ensemble to a uniform standard and launch them into the cultural bloodstream of Europe.

A senior lecturer at the University of Pécs since 2010, he has since 2015 also served as a department head at the Music Institute of the university's Faculty of Arts. Since 2020, he is an associate professor with habilitation. Between 2011 and 2013 he served as music director of the Budapest Spring Festival.

He was named acting principal music director of the Hungarian State Opera in 2016, and the position was made permanent in 2017.

Since 1988, he has conducted more than a thousand performances of more than 90 different operas, ranging from Baroque works to contemporary operas, both in Hungary and abroad, in addition to collaborating on numerous DVDs and CD recordings. He was named an Artist of Merit in 2017 and Artist of Excellence in 2022.