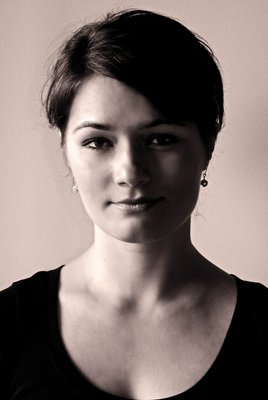 Kinga Kriszta was born in the city of Nagyvárad (Oradea) in 1980. She commenced her vocal studies at the Zoltán Kodály High School of Music, and later graduated from the Faculty of Arts at the University of Debrecen in 2008 with a degree in voice and voice pedagogy. Since 2003, she has been a member of the Csokonai Theatre of Debrecen, where she has debuted in several solo roles (as Mařenka in Smetana's The Bartered Bride, Xenia in Mussorgsky's Boris Godunov and Mátyás Hunyadi in Erkel's Hunyadi László). She made her debut at the Hungarian State Opera in January 2010, in the role of Papagena.