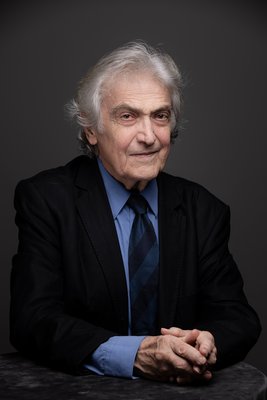 After graduating from the Béla Bartók High School of Music, Ádám Medveczky pursued advanced studies in conducting and music theory between 1968 and 1971 at the Ferenc Liszt Academy of Music, where his teachers included Oszkar Schwartz (percussion) and András Kórodi (conducting). He attended Franco Ferrara's master class in Roma and Venice. He was the Hungarian State Symphony Orchestra's principal timpanist for nearly a decade, and then from 1969 worked first as a répétiteur, and later as a conductor, at the Opera, later serving as the institution's music director between 1990 and 1993. Since 1997 he has been the principal conductor at the Győr Philharmonic Orchestra. His repertoire includes all the more important pieces from the symphonic literature, as well as more than 60 operas, including works by Verdi, Puccini, Mozart and Wagner. He has appeared in every country in Europe, and also in the United States, Venezuela, Japan and Thailand. He was made an Artist of Merit in 1988, and won the Bartók-Pásztory Prize in 2004 and the Kossuth Prize in 2011. He has been an eternal member of the Opera since 2004.