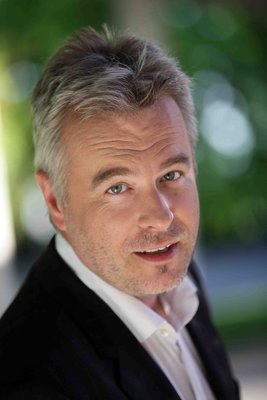 Michał Znaniecki was born in Warsaw where he later attended the Academy of Dramatic Arts, subsequently completing his studies in Bologna and Milan. His directing career began in 1994 with productions in Poland, France, Belgium, Ireland and Italy following by Spain, Israel, Argentina and Uruguay. He has produced more than 200 new productions of drama, opera and musical in the main theatres and festivals of the world working with the best actors and singers, e.g. Plácido Domingo, Piotr Beczała or José Cura among others. He made his debut in Teatro alla Scala di Milan in 1994 being the youngest director in the history of the Scala, and later became the youngest Artistic Director of National Polish Opera in Warsaw and General Manager of the Poznań Opera House. For his social projects he was awarded with the Golden Medal for Social and Artistic Value by the President of Puglia Region. His productions of Dr Jekyll and Mr Hyde (2007) and The Producers (2009) won several Golden Mask Awards (2007: The Best Production of the Year; 2009: The Best Director, The Best Show). Creator of several open-air mega-productions: e.g. Otello and L’elisir d’amore on the water, Turandot and Un ballo in maschera in the Olympic Stadium of Wrocław, Traviata and Carmina Burana with the Israeli Opera at the Masada Desert, Israel. His Eugene Onegin (ABAO, Bilbao) has received the award “Premios Líricos Teatro Campoamor” for The Best New Production of the Year in 2011, Spain. Croatian Association of Dramatic Artists awarded his „Mefistofele” as the best opera performance in 2014 in Croatia. Znaniecki also received Premio Abbiati 2015, Italian Opera Oscar for the „200.com project – Pagliacci”. For his work as the founder and Artistic Director of Festival Opera Tigre and ambassador of the European Capital of Culture: Wrocław 2016, he was awarded with Silver Gloria Artis in 2012 by the Ministry of Culture and National Heritage of the Republic of Poland.