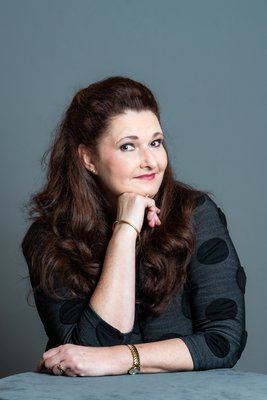 After first studying at the conservatory in Miskolc, Judit Németh went on to earn degrees in voice and voice pedagogy (1986) and opera voice (1988) from the Ferenc Liszt Academy of Music in Budapest, with Éva Kutrucz serving as her singing teacher throughout and András Mikó teaching the opera course. Her later teachers were Ilona Adorján and László Polgár. She was the Budapest Philharmonic's scholarship winner for three years in a row, which led to her receiving regular engagements as a soloist with Hungarian Radio, the Hungarian State Concert Orchestra and Capella Savaria. Between 1987 and 1989, she also won, again three times, a scholarship awarded by Professor Helmuth Rilling to the summer course at Stuttgurt's Bachakademie, where her teacher was Anna Reynolds each year. She also once won the Universität für Musik und darstellende Kunst Wien's Wagner scholarship to Bayreuth, as well as the special prize from the City of Barcelona at the Vinas International Singing Competition in that city.
She started to teach at the Varga Tibor Institute of Musical Arts at Győr's Széchenyi István University since 1987, and has been a member of the Hungarian State Opera since 1990, where her first role was as Annio in Mozart's La clemenza di Tito. Shortly thereafter, she started singing minor Wagnerian roles like Flosshilde (in Das Rheingold) and Siegrune (in Die Walküre).
She was initially known within the profession, both in Hungary and abroad, as a concert singer, performing primarily in Germany and the Netherlands, with visits to Israel and Mexico as well. In her concert appearances and later international opera productions, she has worked with such illustrious conductors as Helmuth Rilling, Antal Doráti, Lamberto Gardelli, Iván Fischer, José Cura, Kirill Petrenko, Daniel Harding, Myung-Whun Chung, Ken-Ichiro Kobayashi, Christian Thielemann, Sir Andrew Davis, Giuseppe Sinopoli, Tamás Vásáry, Ádám Fischer, Zoltán Kocsis, János Kovács and György Ligeti, among many others. As a soloist, she has participated in recordings of numerous oratorical works, as well as on the Hungaroton label's complete Kodály edition. Each summer between 2000 and 2007 (with the exception of 2006), she sang at Bayreuth's Festspielhaus, where she took on the roles of Waltraute, the Third Norn, Ortrud, Venus and Kundry.
She has also sung at Milan's La Scala, Dresden's Semperoper, Barcelona's Gran Teatre del Liceu, the Deutsche Oper Berlin, Santiago de Chile's Teatro Municipal and Tokyo's New National Theatre, among other venues. Directors she has worked with include such luminaries as Jürgen Flimm, Graham Vick, Werner Herzog, Atom Egoyan, Robert Carsen and Willy Decker. She was a member of Nationaltheater Mannheim between 2009 and 2013, and since 2006 she has been a regular fixture at the Budapest Wagner Days festival. There, she has sung the roles of Brangäne (Tristan und Isolde), Kundry (Parsifal), Fricka (Die Walküre), the Second Norn (Götterdämmerung) and Ortrud (Lohengrin), among others.
She was decorated with the Lyra Award in 1996, the Liszt Award in 2002, and has been an Artist of Merit since 2014 and Artist of Excellence since 2021.
During the 2017/18 season, in addition to Wagnerian roles, she has appeared in the Opera's productions as Gertrud (Bánk bán), the Witch (Hänsel und Gretel) and Emilia (Otello).