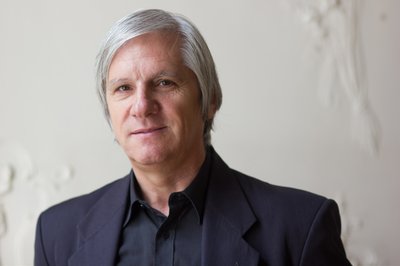 Flautist and conductor Pál Németh earned his degrees in the two disciplines at the Ferenc Liszt Academy of Music in 1972 and 1975, respectively. As one of the pioneers of the early music movement in Hungary, he has founded several early music ensembles: the Szombathely Early Music Ensemble (1978) and the Capella Savaria (1981), and today serves as conductor of the Savaria Chamber Opera (1993), the Central European Baroque Orchestra (1998) and the Savaria Baroque Orchestra (1999), as well as being the founder of the Le Berger Fortuné ensemble and the artistic director of the Central European Early Music Festival. He has recorded more than 120 CDs and DVDs, with five of them having won the Record of the Year award. He has made guest appearances in nearly every country in Europe, in North and South America and in Israel. In his capacity as permanent conductor of both ensembles, he directs small-scale operas comprising a few performers with The Savaria Chamber Opera and productions with larger casts in collaboration with the Budapest Chamber Opera, including all of Monteverdi's works for the stage, Handel's operas Orlando and Semele, Vivaldi's Il Tigrane, Mozart's Die Zauberflöte and Mitridate and Britten's Noye's Fludde. He is a regularly recurring guest at the Baroque Theatre of the Royal Palace of Gödöllő, having presented with the company there Mozart's Le nozze di Figaro, Bastien und Bastienne and Così fan tutte, Rossini's La Cenerentola, Galuppi's Il caff di campagna, Pergolesi's La serva padrona, Cimarosa's Il conduttore and Joseph Haydn's Il mondo della luna, Lo speziale and La canterina. He is a permanent guest conductor with Turin's Accademia Santo Spirito and Milan and Turin's MiTo Settembre Musica international festival. For his artistic activities, he was recognised with the Liszt Award in 1991 and the Hungaroton Award in 2001.