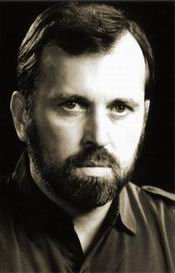 (1936-2015)
Géza Oberfrank obtained his conducting degree from the Ferenc Liszt Academy of Music in 1961 and joined the Hungarian State Opera that same year. He would remain a member until 1980, while also serving as the chief music director – and Walter Felsenstein's principal musical associate – of Berlin's Komische Oper from 1973 to 1976. He also had a permanent role as the principal conductor of the MÁV Symphony Orchestra from 1976 to 1983 and a stint as the artistic director of the Budapest Operetta Theatre from 1980 until 1983. From 1983 to 1989, he was the chief music director in Szeged, working as both the managing conductor of the Szeged Symphony Orchestra and the opera director of the National Theatre of Szeged. While there, he conducted many performances at the Szeged Open-Air Festival and toured Western Europe each year with Szeged's opera productions. In 1989, he assumed musical leadership of the Hungarian State Opera and served as its chief music director in the 1990s, later becoming its chief music director emeritus and directing the institution's studio until 2010. He also worked as an opera director and produced many literary translations. He performed concerts in nearly every country in Europe and conducted in numerous Canadian and American cities while also making a great many recordings. His work was recognised with numerous awards: he was presented with the Ferenc Liszt Award in 1970 and the Middle Cross of the Order of Merit of the Republic of Hungary in 1998, and was also named an Artist of Merit in 1982 and an Artist of Excellence in 1988.