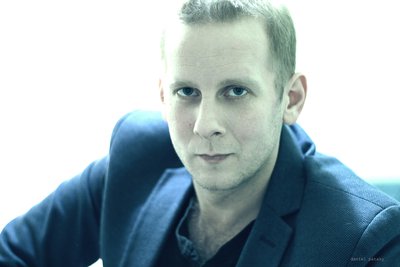 Debrecen-born tenor Dániel Pataky was six years old when he started to play violin, and later earned a degree qualifying as a violin teacher at the Béla Bartók College of Music in Miskolc. He then went on to study under Éva Marton in the opera department of the Ferenc Liszt Academy of Music, graduating in 2010. He made his debut at the Hungarian State Opera House while still a student at the academy, singing the role of Dani in György Ránki's opera King Pomádé's New Clothes. He has received a number of recognitions and scholarships in Hungary, including the Annie Fischer Scholarship, the Sándor Kónya Scholarship, the József Simándy Commemorative Plaque and the Junior Prima Award. He was worked with such renowned orchestras as the Hungarian National Philharmonic Orchestra, the Hungarian Radio Symphony Orchestra and the Stuttgart Radio Symphony Orchestra. The young singer has collaborated on a number of radio, television and album recordings, both in Hungary and abroad. Internationally, he has made guest appearances at Staatsoper Frankfurt, Theater Krefeld-Mönchengladbach, Stadthalle Bayreuth, Landestheater Detmold, Stuttgart's “Weißer Saal”, Tokyo Opera City Concert Hall, and Moscow's Tchaikovsky Concert Hall, among other venues. In 2016, in the opening performance of the Eutiner Festspiele opera festival, he sang the role of Max in Weber's opera Der Freischütz. Since the 2012/13 season, he has been a member of the opera company at Theater Bielefeld, where in 20126 he received the city's highest award for music: the Bielefelder Operntaler. Over the course of his career, he has debuted the roles of Tamino (Die Zauberflöte), Rinuccio (Gianni Schicchi), Lensky (Eugene Onegin), Alfredo (La traviata), Matteo (Arabella), Pinkerton (Madama Butterfly) and the title role of Don Carlos.