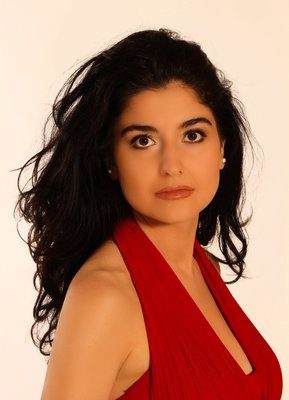 After completing her studies, which she pursued first in Istanbul and later in Vienna, Sera Gösch contracted with the Wiener Volksoper as a member in 2012. In 2015, she left to work as a freelance singer, with the city of Vienna long playing a central role in the early part of her career: between 2012 and 2017, she appeared in the Golden Hall of the Musikverein, in the Grand Hall of the Konzerthaus, at the Wiener Staatsoper, in the Hofburg imperial palace and was also accompanied by the Wiener Staatsoper chorus at the Jerusalem Spring Festival. She then began to receive invitations from an ever-growing number of countries, in 2015 singing Alban Berg's Lulu Suite in Ljubljana with the Slovenian Philharmonic Orchestra under the baton of Keri-Lynn Wilson and performing concerts at New York's Lincoln Center, as well as in Washington and Philadelphia. The following year, she appeared in Canada in addition to returning to the United States (singing in Washington, New York and Boston), and also made her debut as Violetta in Verdi's La traviata at the Varna State Opera.
In 2017, she returned to Ljubljana to sing Reinhold Glière's rarely performed concerto for coloratura soprano, and in that same year also made it to Moscow, where she took the stage with a concert of Mozartian arias. One of Gösch's favourite roles is Constanze in Die Entführung aus dem Serail, whom she has portrayed at Luxembourg's Théâtres de la Ville, the Toneelhuis theatres in Antwerp and the Mannheim Staatstheater. She also frequently appears in Baroque and oratorio works, singing, for example, the title role in Händel's Rodelinda, as well as that of Angelo in the same composer's oratorio La resurrezione. She served as the soprano soloist in the Saint Matthew Passion in Bonn and the Saint John Passion in Rome.
In 2018, she gave a New Year's concert with the Calgary Philharmonic Orchestra in Canada, and also sang the role of Chrysothemis in Elektra and the title role of Salome in concert performances in Sofia. The same year, she also sang Salome for the Budapest audience at the Margaret Island Open-Air Theatre, as well as for the Wiesbaden and Luzern audiences a year later. In autumn 2020, she will originate the title role of Salome in the new production of the Hungarian State Opera, which will also be presented at the Janáček Brno Festival.