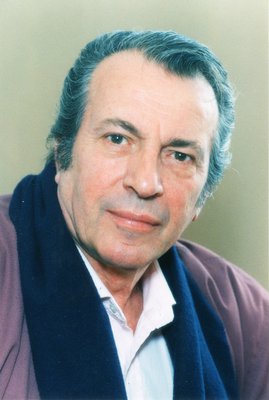 (1929-2012)
László Seregi was born in Budapest in 1929. When he was fifteen and a half years old and the din of weaponry had died away in the Hungarian capital, he applied for admittance to the College of Applied Arts to study graphic design. He did not complete his studies, and went to work in the warehouse of a cogwheel factory. In 1949, he signed with the Artistic Ensemble of the Hungarian People's Army, where he absorbed folk dance from Iván Szabó and classical ballet from Marcella Nádasi. He quickly demonstrated his talent as a choreographer: his 1952 work Dances of Kalotaszeg was followed by 1953's Morning in the Camp. In 1957 he signed with the Hungarian State Opera, starting out as a dancer, and later becoming a ballet master and choreographer. His first choreographies were ballet interludes for operas, with the most successful ones being those for Faust (1966) and Tannhäuser (1967). His breakthrough came in 1968, when he enjoyed a great triumph with the premiere of the ensemble's new three-act grand ballet, Spartacus. In 1970, he choreographed both The Wooden Prince and The Miraculous Mandarin. More highly acclaimed full-length ballets were to follow, starting with Sylvia (1972) and The Cedar (1975). In 1978, he came out with a superb one-act piece titled Variations on a Children's Song. After serving as the Opera's ballet director from 1977 until 1984, he started producing another series of major works in 1985, creating the first of his Shakespearean ballet's with Romeo and Juliet. This was followed in 1989 with A Midsummer Night's Dream, and in 1994 with The Taming of the Shrew. The Opera House's Hungarian National Ballet has enjoyed tremendous successes with his choreographies on tours abroad over past decades. His works have been performed, and often remain on the programme, on the world's leading ballet stages. Over the course of his career, he won a great many awards and recognitions both in Hungary and abroad. These include the Ferenc Erkel Award (1969), Artist of Merit (1972), the National Council of Trade Unions Award (1975), the Austrian Order of Merit (1976), Artist of Excellence (1978), the Kossuth Prize (1980), the Order of the Flag of the Hungarian People's Republic with Laurel Wreath (1989), Master Artist of the Hungarian State Opera (2003), Lifetime Achievement Award of the Hungarian Dance Association (2003).