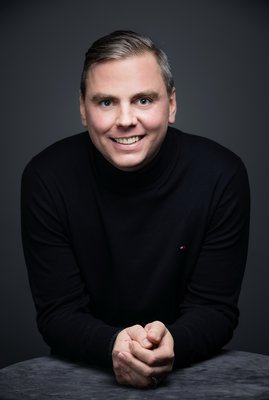 Károly Szemerédy began his studies at the Hungarian State Opera as a student of Margit László's, and continued them at the Escuela Superior de Canto de Madrid under teacher Manuel Cid. He also refined his singing technique at master classes with such teachers as Teresa Berganza, Roberto Scandiuzzi and Raúl Giménez. In 2008 he took first place at the Maestro Guerrero International Singing Competition in Madrid, and later reached the finals in the Hans Gabor Belvedere Singing Competition in Vienna. In that same year, in Québec, he won third place at the Operalia competition founded by Plácido Domingo, the best showing for a baritone there. He made his 2007 debut at Madrid's Teatro Real at a relatively young age, as Levitsky in Boris Godunov, later also singing there in Tosca, Elektra, The Barber of Seville and Jenůfa. His portrayal of Count Almaviva was met with great acclaim at Warsaw's Teatr Wielki, which is also where he first sang Escamillo in Carmen, a role he would later triumph with across Europe (including in Venice and Turin). One highlight for him was his smashing success in the title role of William Tell at Peru's international opera festival, where he partnered with Juan Diego Flórez. Over the course of his career, he has collaborated with such noted conductors as Jesus López Cobos, Renato Palumbo, Hartmut Haenchen, Kent Nagano, Semyon Bychkov and Zubin Mehta. He has participated in festivals and given concerts at many spots around the globe, including at leading music events in Segovia, Granada, Toledo and San Sebastian. In 2013 he won Opera-Cittá di Mondovi's award for the breakthrough young talent of the year at the same time that Ruggero Raimondi, for whom he has very high regard, was also honoured for his lifetime of work. In Maribor, Slovenia, he took the stage in a unique production of Il trittico, in which he sang both Michele in Il tabarro and the title role in Gianni Schicchi. At the Hungarian State Opera, he sang the role of Leonardo in Szokolay's opera Blood Wedding.