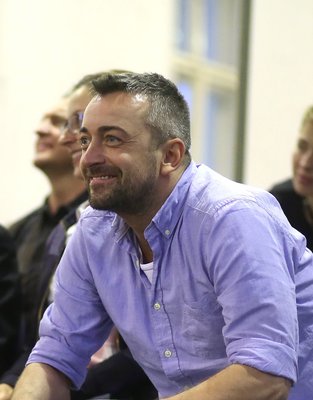 
Ákos Tihanyi was born in Miskolc in 1976 and studied at the Pécs High School of the Arts. He later ended up at the Madách Theatre, where he danced in several productions while simultaneously working with the Hungarian Festival Ballet led by Iván Markó. He then embarked on an international dance career, dancing in the Cologne production of the musical Gaudí, numerous productions at the Wiener Volksoper, Chicago in Utrecht, Cats in Stuttgart, and in Elisabeth in Essen. His most famous role is as the Black Vampire in Tanz der Vampire, which he has danced in numerous locations around Europe, including, since 2007, in the Budapest production. Since 2005 he has been the choreographer for several highly successful productions at the Madách Theatre (The Beautiful Game, The Producers, Joseph and the Amazing Technicolor Dreamcoat) and at the Budapest Operetta Theatre (Altar Boyz, West Side Story and Spring Awakening).