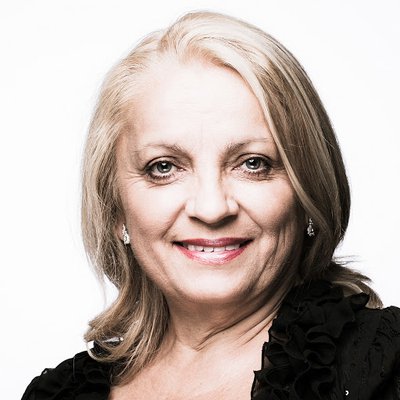 Makó-born Júlia Vajda was still a schoolgirl when she first took the stage of the National Theatre of Szeged and the Szeged Open-Air Festival as a member of the children's chorus. After graduating from Szeged's High School of Music, she studied Hungarian and voice at the Juhász Gyula Teacher Training College. She continued her training under Séndor Bárdi and Kálmán Gyimesi from 1979, and then under Valéria Berdál between 1981 and 1985. She also joined the National Theatre of Szeged in 1979, first as a chorus soloist, making her solo debut later that same year when she jumped in to sing the role of Smeton in Donizetti's Anna Boleyn. She was officially named one of the theatre's soloists in 1985 and has sung the entire lyric soprano repertoire since then, with memorable portrayals from operas by Tchaikovsky (Eugene Onegin), Donizetti (Don Pasquale), Mozart (Le nozze di Figaro), Puccini (Manon Lescaut, La bohème, Madama Butterfly, Turandot) and Verdi (Il trovatore, La traviata, Un ballo in maschera). She made her debut at the Hungarian State Opera House in 1994 as Norina in Don Pasquale.