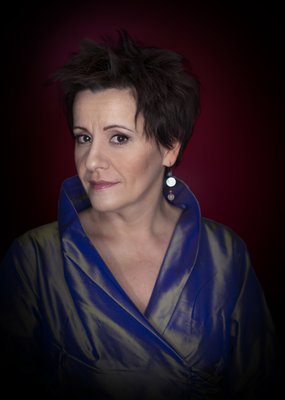 Zita Váradi earned her diploma in solo voice and voice pedagogy at the Ferenc Liszt Academy of Music in 1996, and worked as a soloist with the Csokonai National Theatre of Debrecen from 1995 before joining the Opera in 2001. She has taken part in master classes held by Paolo Montarsolo, Vera Rózsa, Júlia Hamari and Walter Berry. In 1995, she won the Ferenc Lehár International Operetta Competition in North Komárom (Komárno), and also took second place at the Katia Ricciarelli Singing Competition in Mantua. In 2003, she partnered with Gérard Depardieu to portray the Empress in Kodály's Háry János at the Théâtre du Châtelet in Paris. She was named a Chamber Singer of the Hungarian State Opera for the 2012/13 season. Over the past years, her roles at the Opera have included Norina (in Donizetti's Don Pasquale), Adina (in the same composer's L'elisir d'amore), Susanna (Mozart's Le nozze di Figaro), Musetta (Puccini's La bohème), Clorinda (Rossini's La Cenerentola) and Adele (J. Strauss's Die Fledermaus). In 2016, she was awarded the Knight's Cross of the Hungarian Order of Merit.