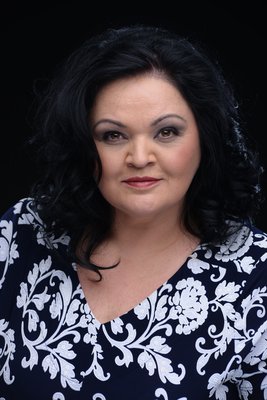 Bernadett Wiedemann was born in Mosonmagyaróvár and graduated from the music high school in Győr. In 1993, she earned her degree from the Ferenc Liszt Academy of Music, where her most influential professors, alongside Zsolt Bende, were Zsuzsanna Eőry, András Mikó, András Békés and Ádám Medveczky. She rounded out her education at master classes taught by Joan Sutherland, Vera Rózsa and Yevegeny Nesterenko. She took first prize in the oratorio and song category at the International Antonin Dvořák Singing Competition in Karlovy Vary in 1989 and third place at the Rome Singing Competition in 2007. She has been a member of the Hungarian State Opera continuously since 1993. She has appeared on opera stages in Hungary and abroad under the batons of Helmuth Rilling, Rico Saccani, Yuri Simonov, Zoltán Kocsis, Ádám Fischer, Tamás Vásáry, Ken-ichiro Kobayashi, Pier Giorgio Morandi, Stefan Soltész, János Ács, János Füst, Ádám Medveczky, András Ligeti, Michael Boder, Will Humburg and David Robertson, among others. On the stage, she has partnered most notably with Andrea Rost and José Carreras (Carmen), Kristjan Johannsson (Il trovatore), L’udovít Ludha (Oedipus Rex), László Polgár (Don Carlos, Bluebeard's Castle), Ilona Tokody, Daniel Muñoz (Un ballo in maschera) and Ferruccio Furlanetto (Don Carlos).
Milan's La Scala invited her to sing the role of Amneris in Aida on its tour to Qatar. Standing out among her CD recordings are Galuppi's opera Il caffé di campagna (conducted by Fabio Pirona), Alessandro Scarlatti's intermezzos Perrica e Varrone and Leonzio ed Eurilla (conducted by Pál Németh), Beethoven's Symphony No. 9 (conducted by Tamás Vásáry), the ballads from the Zoltán Kodály Complete Edition (featuring Tamás Vásáry), as well as songs by Liszt and Gounod (with her regular partner, Emese Virág), issued by Hungaron, and both another recording of Beethoven's Symphony No. 9 and Mozart's Requiem (conducted by Maximianno Cobra) released on the Hodie label.
She has appeared on various stages in Austria and Italy, in Savonlinna, Ljubljana, Wiesbaden, Pozsony (Bratislava), and outside of Europe, in Beijing, Saõ Paolo, Japan and Qatar. Her song recitals feature on their programmes works by Berg, Debussy, Kodály, Liszt, Mahler, Mascagni, Mussorgsky, Schubert, Verdi, Wagner, Wolf and various contemporary Hungarian composers. She has received many awards and recognitions, most notably the Ferenc Liszt Award (2006), which had been preceded by the Juventus Award (1999), the Mihály Székely Commemorative Plaque (2000), the György Melis Award (2005), the Artisjus Award (2007) and the Gundel Art Award (2008). 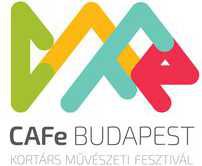