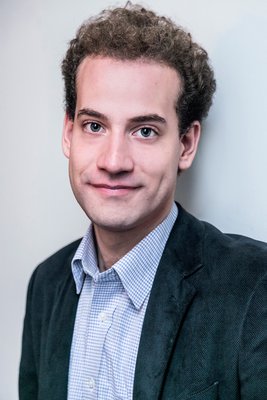 Levente Török was born into a musical family in 1993. After completing his studies in piano and music composition at the Béla Bartók Conservatory of Music, he continued his education at the University of Music and Performing Arts Vienna, training as a conductor (under Mark Stringer and Yuji Yuasa) and répétiteur (under Konrad Leitner).
During his years at the conservatory, he served as a répétiteur at the Hungarian State Opera’s Opera Studio under the guidance of Géza Oberfrank. He made his debut as an opera conductor in May 2014, in a production of Don Giovanni at the Schönbrunn Palace Theatre, as assistant to Christoph Ulrich Meier. In the 2014/15 season, he led the Wiener Staatsoper’s newly created Chorus Academy as assistant to the chorus director.
He has worked as a conductor and répétituer at numerous prestigious music festivals. Since 2014, he has served as the permanent assistant conductor of the Wels Wagner Festival, where under the leadership of Ralf Weikert he prepared productions of Wagner’s Lohengrin and Tannhäuser and other pieces in collaboration with renowned singers like Peter Seiffert and Lioba Braun. In 2016, he also made it to the Royal Opera House Muscat in Oman with a guest performance of the Wels Festival’s Lohengrin. In March 2017, as part of the Baden-Baden Festival, he worked with Sir Simon Rattle as the répétiteur for a production of Tosca, and he also served as Teodor Currentzis’s assistant in La bohème in the autumn of that same year.
Between 2015 and 2018, Török worked as a conductor/répétiteur at Theater Regensburg, where he conducted numerous premieres that he rehearsed himself (including Künneke’s Der Vetter aus Dingsda and various ballet and children’s productions) and several hundred repertoire performances of such pieces as Un ballo in maschera, La Cenerentola and Così fan tutte.
Since the autumn of 2018, he has been first conductor at Theatre Ulm, where so far this season he has conducted Der fliegende Holländer, Hänsel und Gretel, My Fair Lady and Der Vetter aus Dingsda.
He is making his Hungarian State Opera debut in April 2019 with Háry János.